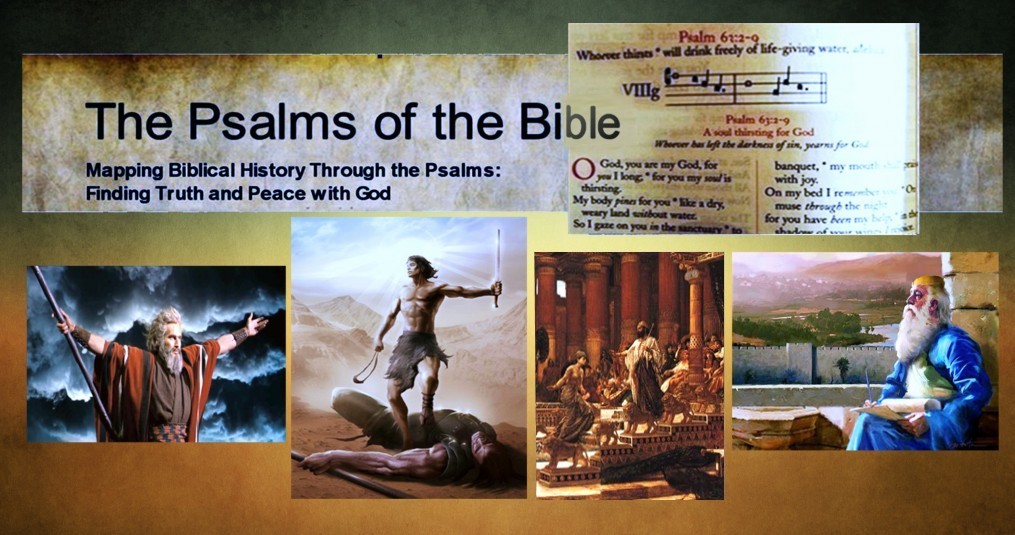 In the early days of his reign Solomon began well. He demonstrated his loyalty to the Lord by following the practices of his father David (1 Kings 3:3). When God granted Solomon his requested wisdom, the Lord reminded him to walk after his father David’s faithfulness.

“If you will follow my instructions by obeying me just as your father David did, then I will also grant you long life” (1Kings 3:14). “You must serve me with sincerity and integrity, do everything I command and obey my rules and regulations. Then I will allow your dynasty to rule over Israel permanently” (1Kings 9:4-5). 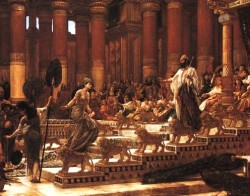 But King Solomon loved many foreign women, as well as the daughter of Pharaoh: women of the Moabites, Ammonites, Edomites, Sidonians, and Hittites— from the nations of whom the Lord had said to the children of Israel, “You shall not intermarry with them, nor they with you. Surely they will turn away your hearts after their gods.”

But Solomon clung to these in love. And he had seven hundred wives, princesses, and three hundred concubines, and his wives turned away his heart.  For it was so, when Solomon was old, that his wives turned his heart after other gods and his heart was not loyal to the Lord his God, as was the heart of his father David. Solomon did evil in the sight of the Lord, and did not fully follow the Lord, as did his father David.

Then Solomon built a high place for Chemosh the abomination of Moab, on the hill that is east of Jerusalem, and for Molech the abomination of the people of Ammon. And he did likewise for all his foreign wives, who burned incense and sacrificed to their gods.  So the Lord became angry with Solomon, because his heart had turned from the Lord God of Israel, who had appeared to him twice…

Therefore the Lord said to Solomon, “Because you have done this, and have not kept My covenant and My statutes, which I have commanded you, I will surely tear the kingdom away from you and give it to your servant. Nevertheless I will not do it in your days, for the sake of your father David.  I will tear it out of the hand of your son. However I will not tear away the whole kingdom. I will give one tribe to your son for the sake of my servant David, and for the sake of Jerusalem which I have chosen.”

Solomon’s Heart Turns from the Lord

As time went by, Solomon became exceedingly powerful and wealthy.  1 Kings 10:24-29 tells us,    Now all the earth sought the presence of Solomon to hear his wisdom… and each man brought his present: articles of silver and gold, garments, armor, spices, horses, and mules, at a set rate year by  year.  And Solomon gathered chariots and horsemen.  He had one thousand four hundred chariots and twelve thousand horsemen, whom he stationed in the chariot cities and with the king at Jerusalem.   The king made silver as common in Jerusalem as stones, and he made cedar trees as abundant as the sycamores which are in the lowland. Also Solomon had horses imported from Egypt and Keveh—the king’s merchants bought them in Keveh at the current price. Now a chariot that was imported from Egypt cost six hundred shekels of silver, and a horse one hundred and fifty, and thus, through their agents, they exported them to all the kings of the Hittites and the kings of Syria.
Also the Lord had admonished his people long ago not to intermarry with foreign women, but Solomon foolishly lusted after many such women. The predictable happened:

“As Solomon became old, his wives turned his heart to their own foreign  gods and he became increasingly less devoted to the Lord, as his father David had been” (1 Kings 11:4).  Solomon indulged in their foreign religious practices (1 Kings 11:5-8).

Solomon failed to serve the Lord faithfully by not “following His instructions and obeying His rules, commandments, regulations, and laws as was written in the law of Moses.”

In his later years, on the hill east of Jerusalem, Solomon built a high place for the detestable Moabite god Chemosh and for the detestable Ammonite god Milcom. He built high places for all his foreign wives so they could burn incense and make sacrifices for their gods.  God appeared on a third occasion to Solomon, he rebuked him for his apostasy and declared to him that after his death, his kingdom would become divided.  It was a matter of grace that some of the kingdom would remain under the rule of Solomon’s son and heir.  But not for Solomon’s sake, but for “my servant David’s sake and for the sake of my chosen city Jerusalem” (1 Kings 11:13, 31-39).

All of this should serve as a warning for today’s believers. The state of our relationship with the Lord is of crucial importance. Worldly success and pleasures as well as a lack of compliance with the Lord’s principles can all too easily cause spiritual compromise in our life.  Spiritual failure is not only damaging to us, but it can and often does have a detrimental effect on others, especially our family and friends.  All to often is the desire for money and riches… as Jesus warned,

“No one can serve two masters, for either he will hate the one and love the other, or he will be devoted to the one and despise the other. You cannot serve God and money” (Matt. 6:24).

“Command those who are rich in this world’s goods not to be haughty or set their hope on riches, which are uncertain, but on God who richly provides us with all things for our enjoyment. Tell them to do good, to be rich in good deeds, to be generous givers, sharing with others. In this way they will save up a treasure for themselves as a firm foundation for the future and so lay hold of what is truly life’’ (1 Tim 6:17-19)..Remembering the Covenant with David, and Sorrow for Lost Blessings

PSALM 89: 5-34
Remembering God’s Covenant with David–Sorrow for Lost Blessings
5     …And the heavens will praise Your wonders, O Lord,
Your faithfulness also in the assembly of the saints.
6     For who in the heavens can be compared to the Lord?
Who among the sons of the mighty can be likened to the Lord?
7   God is greatly to be feared in the assembly of the saints,
And to be held in reverence by all those around Him.
.
8     O Lord God of hosts, who is mighty like You, O Lord?
Your faithfulness also surrounds You.
9    You rule the raging of the sea; when its waves rise, You still them.
10    You have broken Rahab in pieces, as one who is slain;
You have scattered Your enemies with Your mighty arm.
.
11    The heavens are Yours, the earth also is Yours, the world and all its fullness,
You have founded them.
12     The north and the south, You have created them–
Tabor and Hermon rejoice in Your name.
13     You have a mighty arm, strong is Your hand, and high is Your right hand.
14    Righteousness and justice are the foundation of Your throne;
Mercy and truth go before Your face.
.
15     Blessed are the people who know the joyful sound!
They walk, O Lord, in the light of Your countenance.
16     In Your name they rejoice all day long, and in Your righteousness they are exalted.
17     For You are the glory of their strength, and in Your favor our horn is exalted.
18     For our shield belongs to the Lord, and our king to the Holy One of Israel.
.
19     Then You spoke in a vision to Your holy one, and said:
“I have given help to one who is mighty;
I have exalted one chosen from the people.
20   I have found My servant David, with My holy oil I have anointed him,
21  With whom My hand shall be established. Also My arm shall strengthen him.
22    The enemy shall not outwit him, nor the son of wickedness afflict him.
23     I will beat down his foes before his face, and plague those who hate him.
.
24   “But My faithfulness and My mercy shall be with him,
And in My name his horn shall be exalted.
25     Also I will set his hand over the sea, and his right hand over the rivers.
26     He shall cry to Me, ‘You are my Father, my God, and the rock of my salvation.’
27     Also I will make him My firstborn, the highest of the kings of the earth.
28     My mercy I will keep for him forever, and My covenant shall stand firm with him.
29     His seed also I will make to endure forever, and his throne as the days of heaven.
.
30     “If his sons forsake My law and do not walk in My judgments,
31     If they break My statutes and do not keep My commandments,
32     Then I will punish their transgression with the rod, and their iniquity with stripes.
33     Nevertheless My lovingkindness I will not utterly take from him,
Nor allow My faithfulness to fail.
34     My covenant I will not break, nor alter the word that has gone out of My lips…