Oh taste and see that the Lord is good!

Blessed is the man who trusts in Him!

This is the testimony of David in a difficult and dangerous situation.  David turned to the Lord, he sought after God in prayer… his testimony is—“The Lord answered me and delivered me from all my fears. David’s countenance must have changed immediately–Joy replace fear, he knew that God was near and joy now filled his heart.  Our countenance will mirror whatever we are looking towards.  The Lord is the source of light and we will reflect that light.  If we are continually focusing  on things of darkness, gloom and discouragement… that is how we will appear to others.  Let the Lord dispel our fearful and downcast faces with the light of His countenance.

David’s joy for the Lord remained, but soon he would be saddened to learn of the motivations in Saul’s heart… the truth behind  wanting to end David’s life:

–Passgae:  1 Samuel 20:31-34,  “For as long as the son of Jesse lives on the earth— you Jonathan, my son shall not be established — nor your kingdom.  Now therefore, send and bring him to me, for he shall surely die.”   And Jonathan answered Saul his father,”Why should he be killed? What has he done?”  Then Saul cast a spear to kill him, by which Jonathan knew that it was determined by his father to kill David…. and Jonathan was grieved for David, because his father had treated him shamefully.

Saul was no longer seeking the voice of Lord, and was he clearly not in agreement with God and His will for the kingdom.  The next day Jonathan met with David.    1 Samuel 20:41-42, “David came from a place toward the south, fell on his face to the ground, and bowed down three times. And they kissed one another— and they wept together, but David more so.  Then Jonathan said to David, “Go in peace, since we have both sworn in the name of the Lord, saying,  ‘May the Lord be between you and me, and between your descendants and my descendants, forever.’ ”  So he arose and departed, and Jonathan went  back into the city.

While God has always kept His covenant commitments, man has consistently demonstrated that he is a covenant-breaker. If our salvation depended upon our keeping of God’s covenants, we would never be forgiven of our sins and enter into the Kingdom of God. God knew that while men promised to keep His Mosaic Covenant, they would never do it:

There was only one solution. There must be a salvation which did not depend upon man’s perfection and performance. There must be a salvation which depended upon God’s perfection and performance. And so it was in the Old Testament that God began to speak of a “new covenant” He would make with men which would result in eternal salvation This “new covenant” was brought about by the promised Messiah, the Son of God, the Lord Jesus Christ.

Men have failed to keep God’s covenant, even though God has faithfully kept His covenant commitments and promises. In order to save men from their sins and give them entrance into His kingdom, God has set aside the old covenant(s) for a new and better one. This covenant is not dependent upon our performance, but on God’s. God sent His Son, Jesus Christ, to live a sinless life, to perfectly fulfill the old, Mosaic Covenant. By Christ’s death, burial, and resurrection, God provided men with a new covenant, whereby man could be assured of the forgiveness of sins and eternal life.  In order to be saved, we need only embrace this covenant as our only hope and provision for salvation. This covenant has been secured, it cannot be set aside or nullified. It needs only to be embraced as one’s own.

1     I will bless the Lord at all times, His praise shall continually be in my mouth.
2     My soul shall make its boast in the Lord, the humble shall hear of it and be glad.
3     Oh, magnify the Lord with me, and let us exalt His name together.
4     I sought the Lord, and He heard me, and delivered me from all my fears.
5     They looked to Him and were radiant, and their faces were not ashamed.
.
6     This poor man cried out, and the Lord heard him, and saved him out of all his troubles.
7     The angel of the Lord encamps all around those who fear Him—and delivers them.
8     Oh, taste and see that the Lord is good, blessed is the man who trusts in Him!
9     Oh, fear the Lord, you His saints!  There is no want to those who fear Him.
10     The young lions lack and suffer hunger, but those who seek the Lord
shall not lack any good thing.
.
11     Come, you children, listen to me. I will teach you the fear of the Lord.
12    Who is the man who desires life, and loves many days, that he may see good?
13     Keep your tongue from evil, and your lips from speaking deceit.
14    Depart from evil and do good; seek peace and pursue it.
.
15     The eyes of the Lord are on the righteous, and His ears are open to their cry.
16    The face of the Lord is against those who do evil, to cut off the remembrance of them
from the earth.
17     The righteous cry out, and the Lord hears, and delivers them out of all their troubles.
18    The Lord is near to those who have a broken heart, and saves such as have a contrite spirit.
.
19    Many are the afflictions of the righteous, but the Lord delivers him out of them all.
20     He guards all his bones, not one of them is broken.
21     Evil shall slay the wicked, and those who hate the righteous shall be condemned.
22     The Lord redeems the soul of His servants, and none of those who trust in Him shall be condemned. 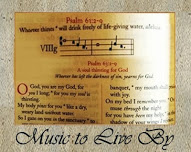 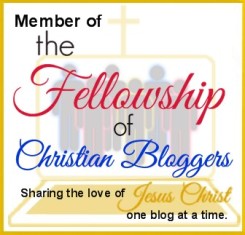